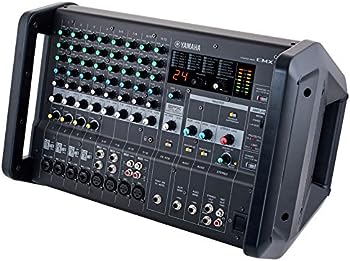 The primary device of any sound system is the amplifier. In simple representation, it is the section in our sound system where we turn the sound on and off, and choose the source (cd, radio, cassette, etc.) to listen to. Amplifiers, by connecting the sources, amplify the audio signal and turn it into Watts and give it to the speaker inputs. The sound from the connected speaker can vary with the character and performance of the amplifier. Watt amounts in amplifiers vary according to the brand and model.

ReceiverReceiver is a combination of radio and amplifier. The only difference between receivers produced since 1960 from amps is that their radios are inside the amplifier. Receivers do the same job as amps. However, there may be differences in Watt between models and characteristic sound characteristics may differ.
Types of Amplifiers: 1- Lamp Amplifier Lamp amps are electronic devices that use electron tubes, also called lamps, to increase the intensity or amplitude of the sound signal. In the 1960s and 1970s, tube amplifiers were largely replaced by integrated amplifiers. Today, tube amps are mostly used in hi-end, hi-fi and music amps because of their sound characteristics.
2- Preamfi A preamfi is an electronic amplifier that separates a small electronic signal to reprocess or amplify it. Preamps are usually placed close to the sound source to reduce distortion and noise in the signal.
Since the signal level of old turntables is generally low, the signal level must be increased with the preamfi circuit in order to be connected to the amplifiers. Stereo amplifiers usually have a PHONO input for connecting low signal level devices such as a turntable. Preamps can be attached to amps without a PHONO input. Newly produced turntables usually have preamps inside and can be connected to any input other than PHONO in the amplifier.
A preamble in a home audio system is also referred to as a device with switches that switch between different sound sources and control the volume. In these cases, the preamfi can be a separate device from the amplifier, and the audio signal works with the amplifier unit called the Power Amplifier. The preamps and power amplifiers are on separate floors, enhancing the distortion and noise effect of the power unit on the audio source of the amplifier, while processing a less distorted audio signal.
3- Power Amplifier A power amp is an electronic device that amplifies low electronic signals to frequencies (20-20kHz) that speakers can drive and people can hear. Usually used with a Preamfi.
4- Surround Amplifier (Cinema System Amplifier)
Surround amps, also known as AV receivers, are devices used in home theater systems. Its main function is to drive audio and video signals from many sources to speakers and project them to the screen. There are numbers 5.1, 6.1 and 7.1 in cinema lecture theaters. The number left of the dot indicates the number of speakers supported in the system, and the number 1 to the right indicates the number of subwoofers. This also specifies the maximum number of channels of digital cinema audio signals that the device supports.
5- Integrated amplifier and Power amplifier are together. The sub-units that make up the amplifier, namely the preamficator, sound processor, power amplifier, supply and control circuits, are contained in a single body. 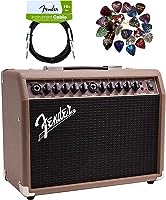